i It was great going to AMOCA and seeing the Gareth Mason workshop.  His energy is amazing, technique fascinating, and his finished work is inspiring. 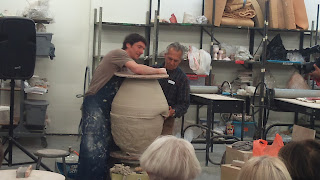 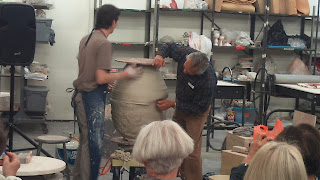 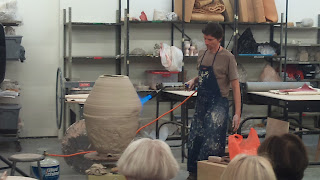 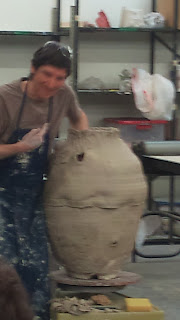 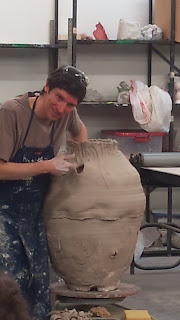 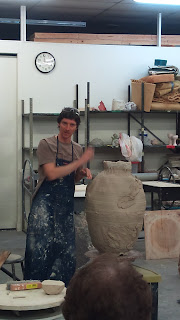 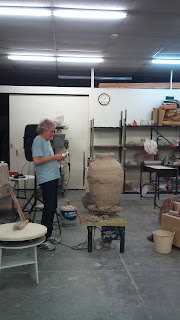 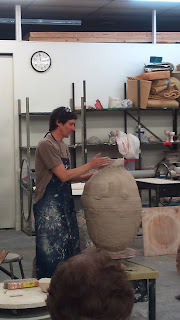 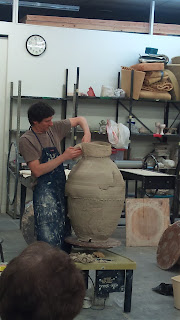 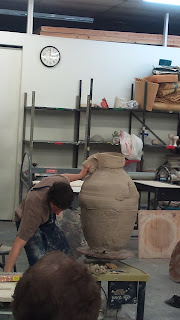 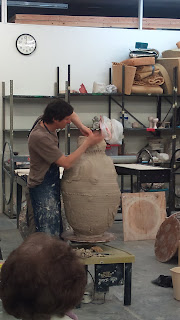 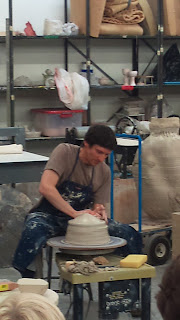 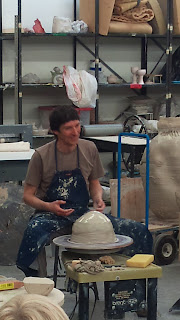 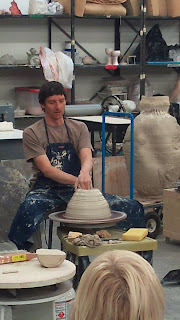 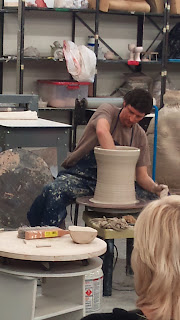 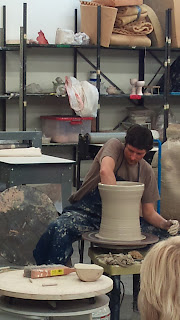 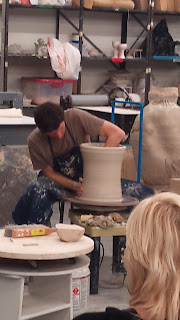 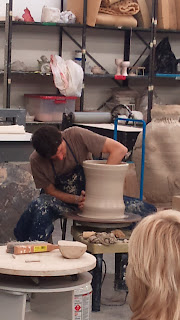 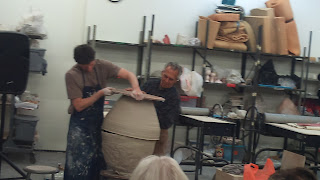 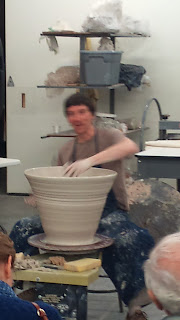 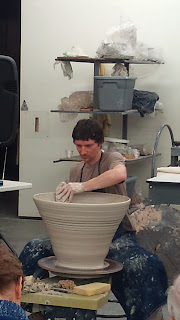 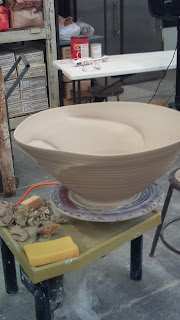 Gareth Mason is a Fellow of the Craft Potters Association and Brother of the Art Workers Guild, London. His work is exhibited regularly in solo and group exhibitions both in England and Europe. In February 2011 his first solo exhibition in America, entitled Other Forces was held in the Jason Jacques Gallery in Manhattan. A short film about his practice entitled White was awarded Grand Prix at the Projections D’Argile film festival, Montpellier, France in 2002. In 2006 he participated in the European Keramik Symposium, Gmunden and accompanying European touring exhibition.

A major solo exhibition entitled An Unfolding Narrative was held in 2007 at Blackwell, the Arts and Crafts House. He is a member of the International Association for Ceramic Art Education and Exchange and contributed to their conferences in Farnham (England), Nairobi (Kenya) and Icheon (Korea). His vessel, 'Open', received an 'Honourable Mention' award at the World Ceramic Biennale Exhibition, Yeoju, Korea 2009. Recent talks and demonstrations include invited speaker at the 2008 CAAI International Ceramics Conference, Tel Hai, Israel and Invited speaker at 2009 Ege University International Art Days symposium, Izmir, Turkey. He presented an address, 'Fire, Ceramics Mystery and Creativity' in the Speakers Programme at the 2011 SOFA Chicago Expo and was Visiting Artist at California State University, Long Beach in October the same year.
His most recent show was Fire and Wax, a two person exhibition with the New York painter Martin Kline, part of the Piacenti Gallery's exhibition 'Masters Old and New', in association with Jason Jacques. 'Friendship Forged in Fire' at AMOCA will be his first exhibition in California.
He lives and works in Hampshire, England. His website is GarethMason.net.

Now if  I can get the NCECA app to download